A History of The Electric Guitar, Derailed 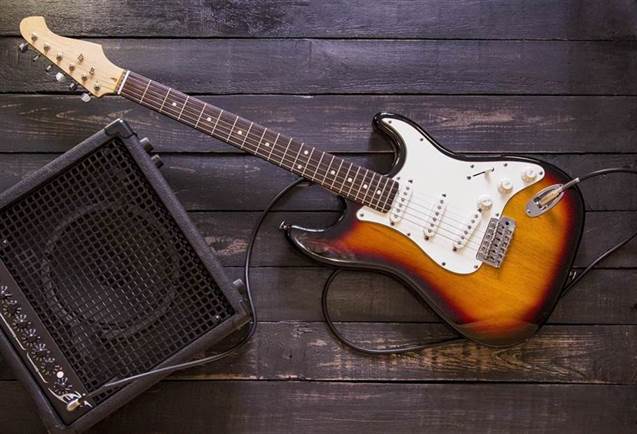 In writing and in music, it’s best to go into things with an open mind. You might set out to do one thing, and end up finding something completely different, something that shifts your way of thinking, your way of creating. Take this article, for example. I set out to write about the history of the electric guitar. You may know a little bit about it; at the very least, you’ve probably heard apocryphal tales of Bob Dylan bringing an electric guitar on stage at Newport and someone from the audience yelling “Judas!”. The chief audience for the instrument was jazz guitarists who wanted people to hear their instrument over the big band; they needed amplification.

Following this lead, I started looking into the original electric guitars. One of the biggest contenders for first electric is the Electro-Spanish Ken Roberts, made in 1935; one of the originals sold for 7.5 million dollars. There were electrics before the ES Ken Roberts, like the “Fry-Pan”, which was made for playing Hawaiian music; it was a lap steel guitar, somewhat unlike the Spanish style we see today. Continuing down the rabbit hole of “unusual early electric guitars”, I learned about a blues musician who played in the Skid Row region of L.A. in the 1960s. He was a street performer named Eddie “One String” Jones. There are almost no details about his early life, to the point where we don’t even know if his given name was, in fact, Eddie Jones. The “One String” part, though? That was true.

Eddie made a “unitar”, a one-stringed guitar crafted out of a piece of timber, a broom wire, and a tin can. He played the instrument with a half pint bottle as a slide, and he would strike the wire with a stick near the tin can, which acted as a resonator. He performed blues standards like “Baby Please Don’t Go”. While singing, he would strike the string in repetitive, rhythmic patterns, often on the quarter note. His voice was raw, sometimes even a bit off-key, but entrancing. His slide guitar is like nothing I’ve ever heard before; you can hear the harsh, shrill sound of the bottle scraping along the string while he plays, the melodic elements warping and bubbling around as he plays. The whole thing is surreal, truly weird and wonderful, and he’s doing it all with one string. I know I’m about to pick up my guitar and see what kind of music I can seek out of a single string; can I make a compelling song like Eddie, if that is his real name?

Inspiration can strike anywhere. Limitations are sometimes the precursor to great art. I encourage you to try this experiment; limit yourself, and see what kind of music you can make. Stay open to possibilities, and look for music everywhere you go. Don’t be so set on a destination that you can’t find something truly meaningful on the journey. This is especially true if you haven’t learned an instrument, or it’s been a while since you’ve picked one up. You might have some destination in mind, to be a hyper-technical player or to be able to play a certain song by a certain time. With these destinations in mind, don’t forget the journey; great Winnipeg guitar lessons are available to help you along your story.