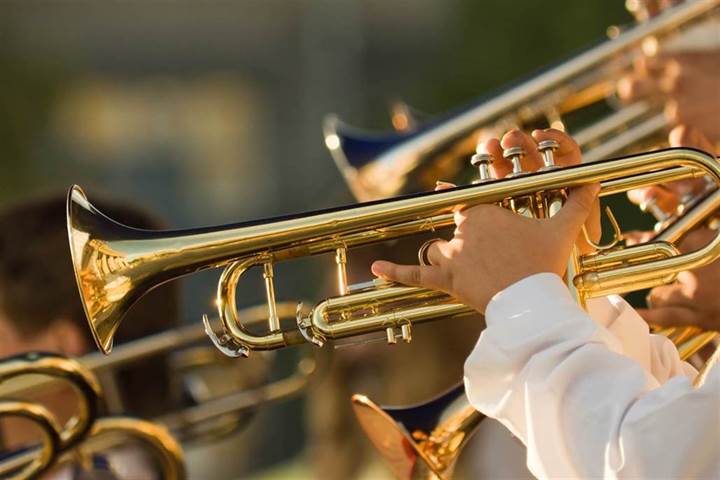 We offer a wide variety of lesson plans for the trombone. For those new to the instrument, we can’t recommend Hal Leonard’s Essential Elements, the course we teach, enough. We love this course because of its focus on a variety of media, for all types of learners; through books, videos and mp3s, you’ll listen, see and read about music theory, technique and song. In no time at all, you’ll be able to play full pieces with a whole band! For those more experienced with the trombone, including aspiring professionals, we offer Royal Conservatory courses to help you pass the exam. These exams are one of the most important steps to becoming a recognized, professional musician. For everyone, we offer customizable courses; our instructors can personalize a program of study that best suits the needs of the student, whether it is to get a head start with a school band program, to reinforce and supplement a current school band program, to prepare for a university music program or just for fun! The trombone will take you to incredible new places; let us be your guide.

Back in medieval and renaissance times, there were no alarm clocks, no cell phones to wake you at the proper time. One could hope to wake with the sun, rising at dawn, but circadian cycles can’t always be trusted. There was, however, an excellent way of waking people up; you could hire a small brass band to play through your town when morning came, the loud and melodious sounds rousing people from their sleep. So it was in France and England, where alta cappella or wait groups would play woodwinds known as shawms and brass instruments known as sackbuts, a variation of the slide trumpet where the slide was U-shaped. The slide was incredibly useful, as it allowed the players to change the length of the brass tubing through which the air moved, thus allowing lower notes to be payed; this sackbut evolved into what we know today as the trombone. 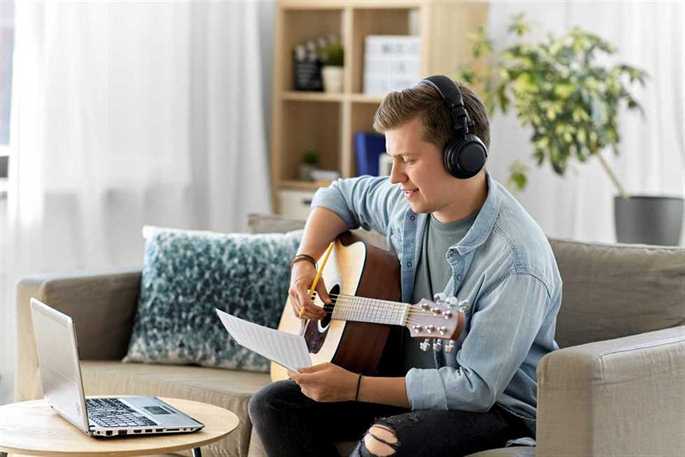 Taking an online lesson is simple

and you don’t need any technical knowledge. As we celebrate our 30th anniversary during these unprecedented times, we would like to offer you your first online lesson for free!

The trombone is a brass instrument; this refers to both its construction and its use. They are made of brass, the copper-zinc alloy, but they are also played as brass instruments are; the sound is generated by the vibrating of a player’s lips, rather than the vibration of air over a hole or the vibration of a reed, as in woodwinds. This distinction is useful, because the saxophone, while made of brass, is played with a reed, and thus classified as a woodwind. The instrument is hairpin shaped, with the mouthpiece at one end of the curved slide, and the bell through which the music comes out at the other end. The slide can be used to modify which notes are being played, and one can commonly find a set of rotary valves that elongate the tubing even further. The tenor trombone is the most commonly seen variant, though there are trombones ranging from contrabass to soprano; most trombones are in B♭.

There are myriad techniques that go into perfecting trombone playing, and a trombonist can work all their life towards mastering them all. One of the most important skills to develop for an aspiring trombonist is good lip control; depending on how much tension or slack there is in the lips, the notes you play and the colour with which they are played can change dramatically. Trombonists must keep their lips in pristine condition, and learn to cope with them when they are chapped, too dry or too moist. Breath control is exceedingly important, as how forcefully or softly you breath, coupled with how long or short the breaths are, will dramatically influence the sounds the trombone produces. One must also learn to master using the tongue in order to give notes the perfect start. As your learning progresses, you’ll learn glissandos, trills and more; you’ll also add mutes to your trombone in order to produce a variety of different sounds.

Owing to its long and storied history, the trombone has been used in a wide number of different musical compositions. The loud and often warm tone of the trombone links it tightly to religious pieces in the Renaissance era; the alta capella bands we spoke of earlier were often stationed in chapels, capella literally meaning chapel. During the Baroque period, Handel and Bach used the instrument, Handel in a trilogy of religious oratorios, a type of ensemble show featuring an orchestra, choir and soloists. At that time, trombones were particularly rare, and Handel had to import trombonists from England in order to play the oratorios in Germany. The 19th century Romantic period saw an expansion in the number and availability of trombones, so its use throughout music increased; such well-known composers as Liszt and Schubert and Wagner used the instrument extensively. The person who is credited with bringing the trombone to prominence in orchestral use is Beethoven, a key figure in the transition from the Classical to Romantic era.

The repertoire for trombone in classical and orchestral music is vast and varied, but it doesn’t end there; popular Western music has seen a wide variety of compositions using the trombone. The instrument was quite popular in early jazz, especially in the 1930s; J.J. Johnson and Jack Teagarden were extremely successful jazz trombonists, and the Dixieland and Swing styles of jazz were some of the most popular music of their respective eras. Pop and rock use the trombone, too; bands as varied as Neutral Milk Hotel, Sublime, The Beach Boys and Tom Waits have all used the trombone in their music. 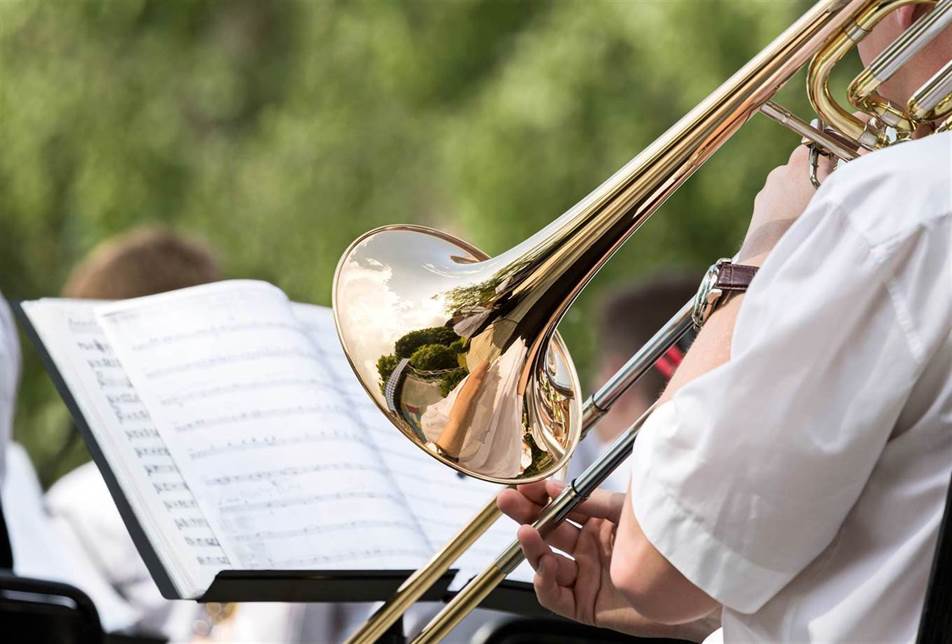 The catalogue of the trombone alone is enough reason to pick up the instrument; the techniques and tools trombonists can used are so varied it would take several lifetimes to master them all. That’s the other reason to pick the instrument up; mastery is at such a high peak, you’ll always be improving as you play. The things that you’ll improve are almost innumerable; focusing on the physical, you need great manual dexterity to manipulate the slide properly, incredible breath control and lip control to play the right notes, and great cardiovascular endurance to play sustained passages. You’ll also develop mentally, in a great number of ways; you’ll learn to read music and rhythm, to memorize songs and notes. The process is very much like learning a new language. You’ll also gain incredible emotional and personal insights; you need to feel a piece with your heart to play it, and you’ll find that your particular emotional nuances come out as you play, colouring every piece you learn as something totally your own. Emotional intelligence, reason, language, physical endurance and memorization, along with a more profound sense of self; little else can offer this much development. The instrument is great for children too, as they tend to pick up these developments more quickly than adults.

We want as few obstacles between you and all of these benefits as possible, so we offer in-home lessons for aspiring trombonists. We understand that parents may find it difficult to bring their children to music lessons after a long day; there’s only so much time, and you might need to spend some of it at home. With in-home lessons, you can carry on with your day while listening to your child grow and develop as a trombonist, a truly rewarding experience. In-home practices are great for everyone; the home is a place of comfort, while the trombone may be something new, and trying something new while surrounded by sanctuary can create incredible results.